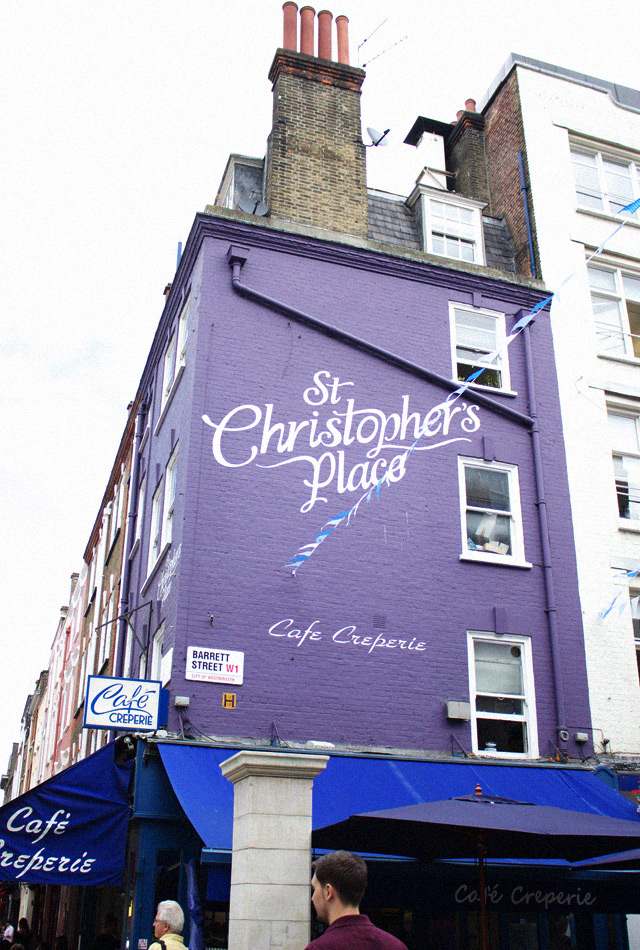 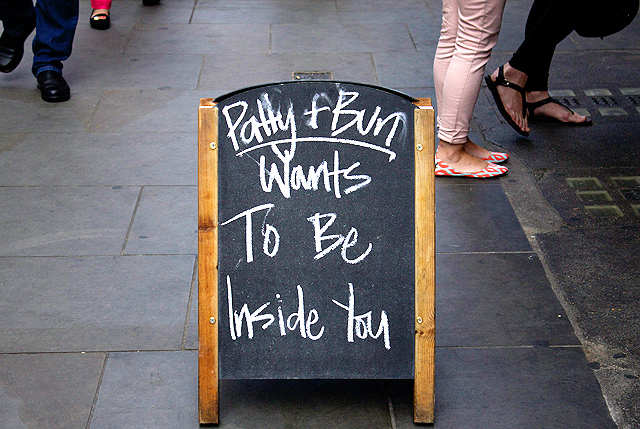 Our day in London was a little more rushed, and a little more brief than we’d previously planned! We went to bed super late the night before and didn’t think to set an alarm (duh) and so woke up hideously late. We’re kind of aiming (in the next year of our relationship) to try and get a handle on our time-keeping. We’ve accidentally become one of those couples that people *expect* to be late to events, which is bad. Maybe by the time we’re celebrating our fifth anniversary, we’ll be a little more on top of things? #idoubtit

But hey! Back to the story! After our late start, one missed train, two squiggly liquid eyeliner-lines and a hasty up-do later, we finally made it up into the city! 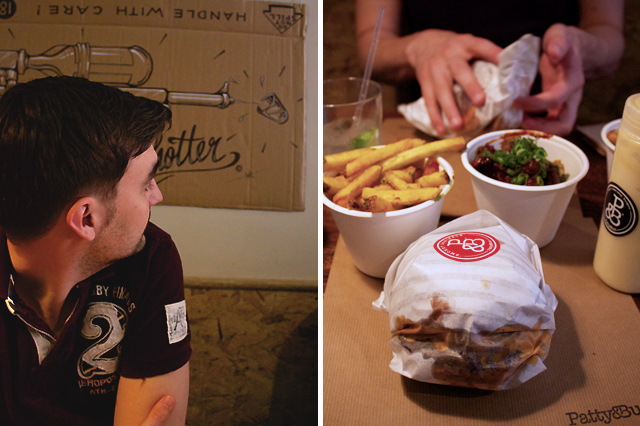 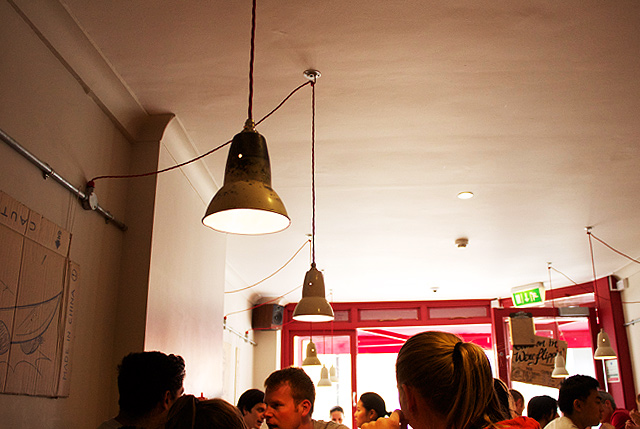 Our first stop in town was Patty & Bun, just behind Oxford Street. Thank you to everyone on twitter who put up with me being a burger bore all last week, whilst I scouted for recommendations. And double thanks to everyone who steered us away from Meat Liquor, and towards P&B instead. I know I’ve said it before about a burger (hey, we were all young and naive once, right?) but this really is the best burger I’ve ever had. The squishiness! The cheese! That sauce! Those onions! Oh man. I literally did not stop talking about it all day. In fact, at one point Jase caught me staring off into the middle distance and said ‘Penny for your thoughts?’ and well, those thoughts were burger-shaped, let me tell you. 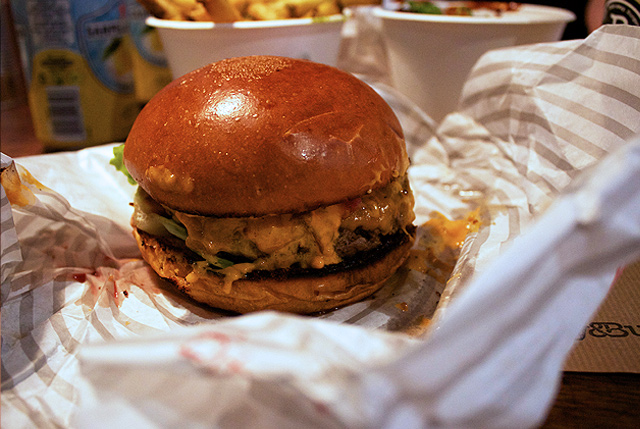 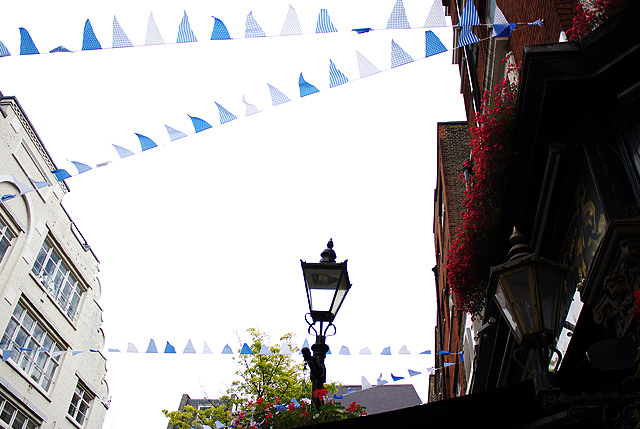 After we’d consumed The Feast of a Lifetime (or at least the last four years) we trekked East over to the Tower of London. And man, it really is a trek! Wouldn’t it be really great if you could just shuffle London up, and put all your favourite bits together to cut down on tube journeys? I’d put the Kings Road right next to Waterloo, and pop Covent Garden at the end of it.

Anyway! The Tower of London was predictably awesome. It’s quite amazing to be standing inside a building parts of which are around 800 years old, and be able to see both the Shard and the Gherkin at the same time. The juxtaposition of ancient and modern is one of the things I love most about London. 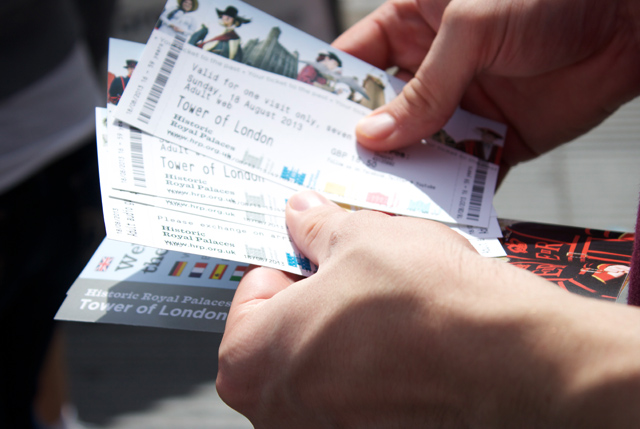 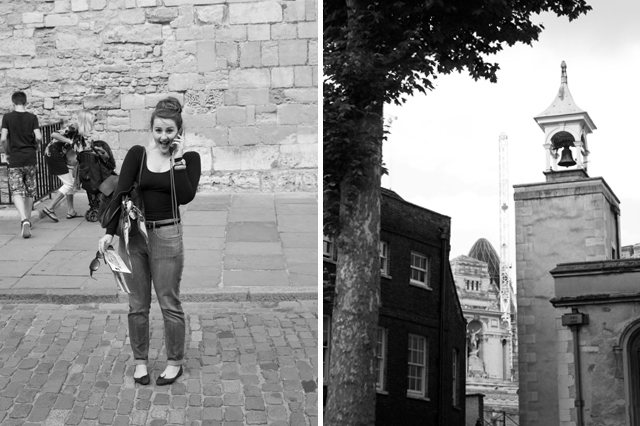 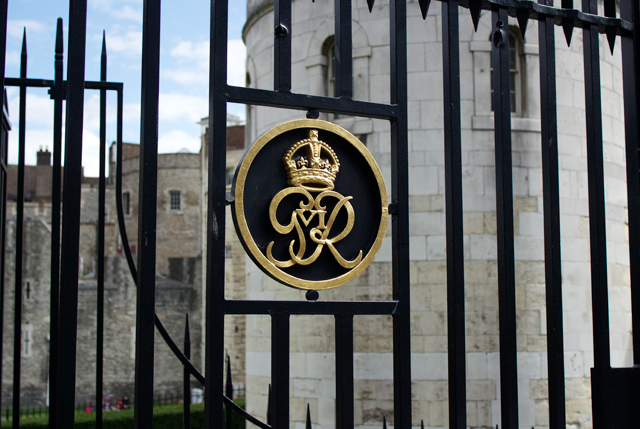 Below: Traitor’s gate. We were sad they didn’t have any pretend heads on spikes. We wanted to see some (fake) gore! 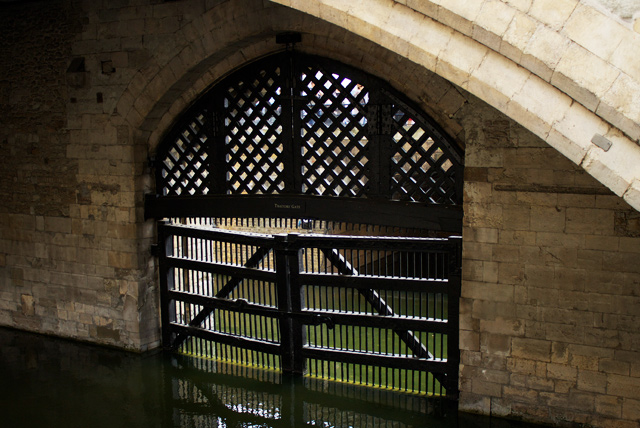 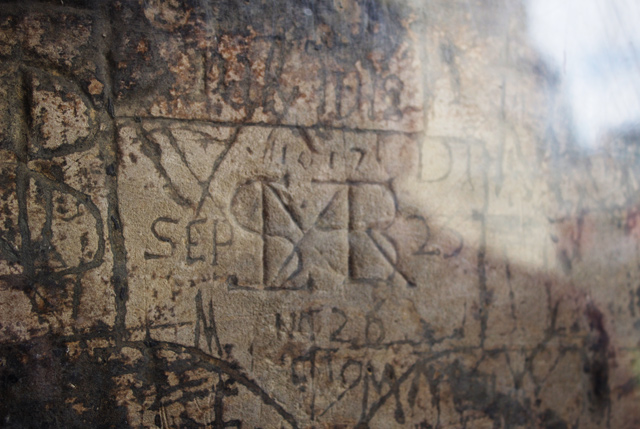 Below: After a day of watching the bridge like a hawk hoping that it would be raised, just before we were about to leave, up it went! I got preeeeeetty excited! Anyone else thinking about the Spice Girls Movie right now? ;) 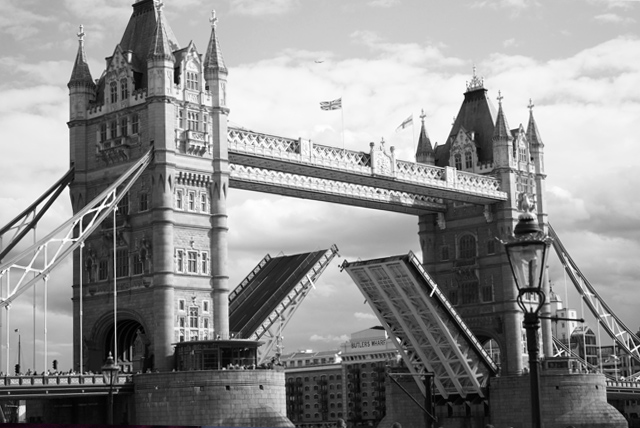 Four years on from our first proper date, and Jason’s my best friend now more than ever. He makes my heart burst with love each and every day. Here’s to another year of crosswords, weekend trips to get our hair cut at the same time, Kevin-from-the-Office impressions, laughing until our stomachs hurt, helping each other better our businesses, leisurely weekend walks with that handsome dog of ours, and evenings on the sofa with the duvet. I’m the luckiest :) 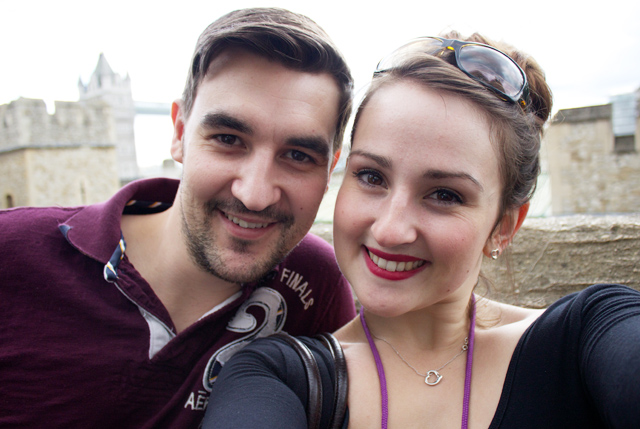 23 Comments
Posted in ANNIVERSARY, JASON, LOVE
Read from the beginning >