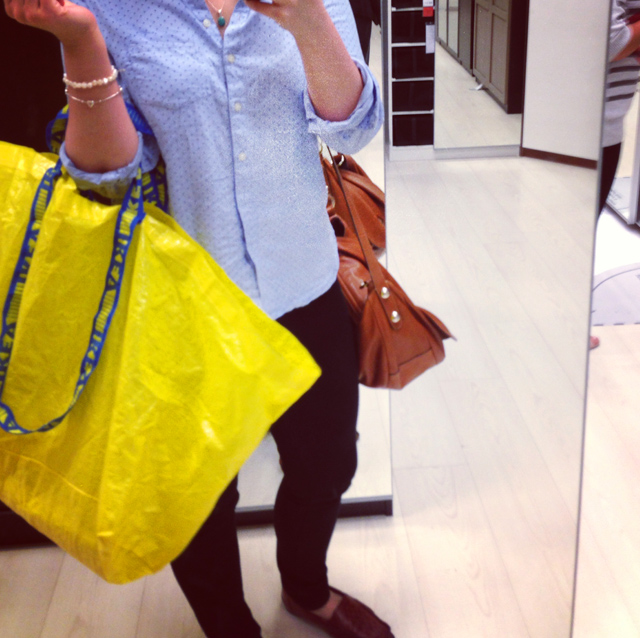 I’ve already blogged/tweeted/instagrammed about it (I know, get over it already), but Ikea really did rock my socks on Saturday. Seriously, how did I not realise how much STUFF you can buy there, for so.little.money!? Just don’t look too closely at anything in our house now, friends and family, because I’m certain 99% of what we bought on Saturday is made of cardboard and papier mache ;) 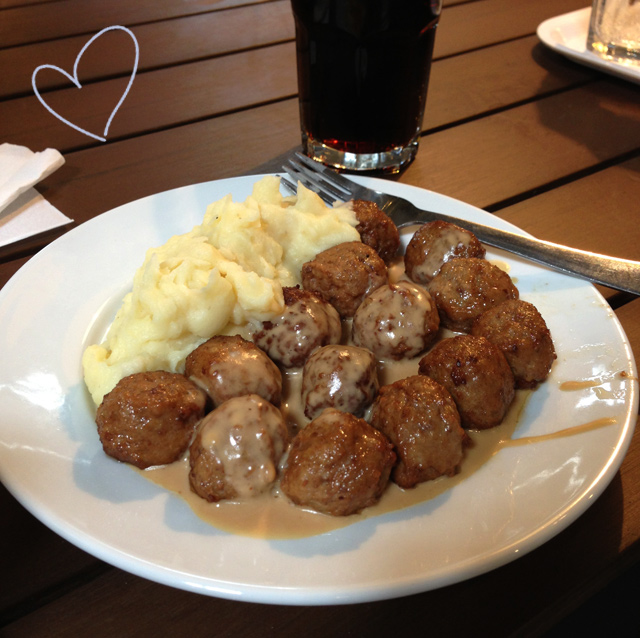 We got our Ikea on old school style for the first 5 minutes or so (filling in the little forms for later reference, blah blah) before realising that the pros just take photos of each item’s label rather than bother to write it all down. We’re so green ;) Oh, and those meatballs? I don’t even care if they’re made of horse. They hit the spot.

Below: Anyone else find that shopping in big centres like Ikea brings out man’s inner child? Jason spent a lot of our time shopping trying to run away and hide from me every time I turned my back on him, and rode those flatbed trollies like a pro! ^ 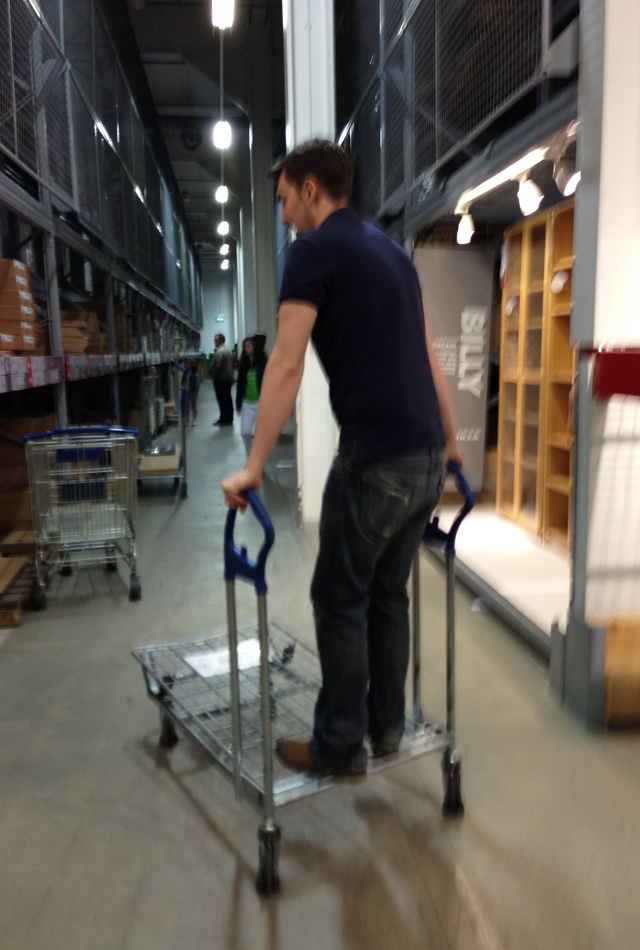 After shopping, we had a DIY-marathon and for the first time ever I actually mean WE, not just Jason! I was screw-sorter in chief when we built the daybed, and even had a turn or two with the power drill. Mega in love with the daybed, by the way. All jokes about cardboard furniture aside, it really is a beauty and goes so nicely in our guest bedroom. I’m going to be using the guest room as my kind of office from now on, and so am really happy to be making it a comfortable and pretty place to work.

I really can’t believe I’m saying this (I’ve always been of the ‘if you want a job done well, get someone else to do it for you’ school of thought ;) but there’s actually something really satisfying about DIYing isn’t there?

16 Comments
Posted in FAMILY, HOME, WEEKEND
Read from the beginning >