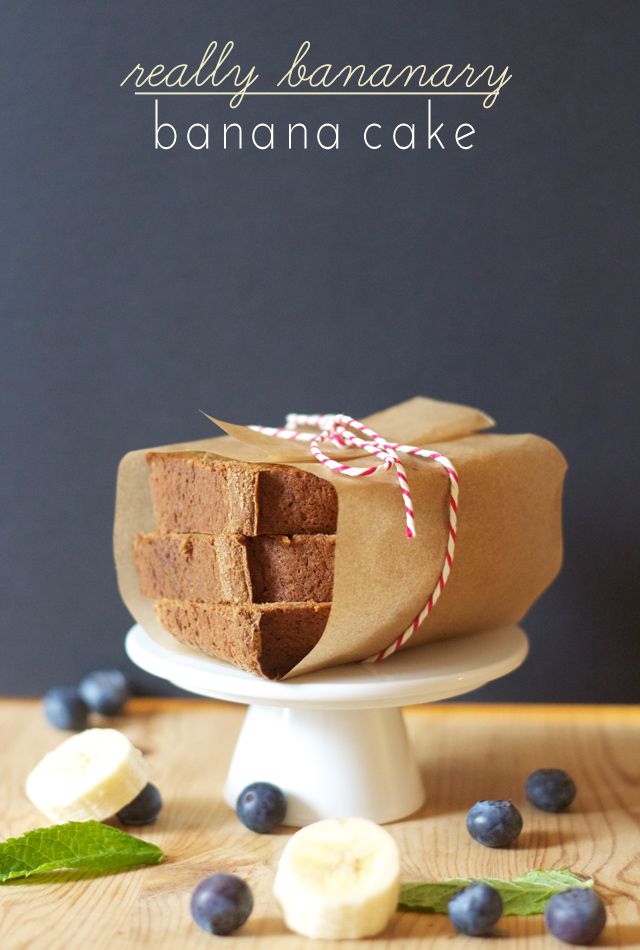 i always seem to find myself getting into an endless cycle of banana bread baking. both jason and i only like to eat bananas when they’re super super unripe (almost green!) and they tend to ripen quicker than we can eat them. so i bake a loaf of banana cake to use up the overripe ones (which uses about three bananas, but we’ll get onto that later) and invariably find that leaves one last unwanted banana behind. then i buy a new bunch, so that i can use up the old banana in a new cake. but that leaves behind a banana from the new bunch, and on and on it goes.
it’s just as well this cake is so totally delicious, or else it’d be quite the hardship to have one on the go the whole time. i struggled a fair bit to get this recipe where i wanted it. it’s originally a hummingbird one, but the first time i baked it both jase and i were like ‘um…where’re the bananas in this banana cake?!’ it only asked for 200 measly grams. that’s like a banana and a half. puh-thetic. so i tinkered with it a few times before i got brave enough to straight up double the amount of bananas, and now it’s oh so good. it’s the sort of cake that looks as though it might be dry, but melts into a squidgy, toffee-like texture when it’s in your mouth. blissful.
n.b. i couldn’t decide whether to refer to this loaf as banana cake, or banana bread. so i just switched it up. oh, and this cake’s best eaten the day after it’s been made, with a cup of coffee and fresh berries on the side. 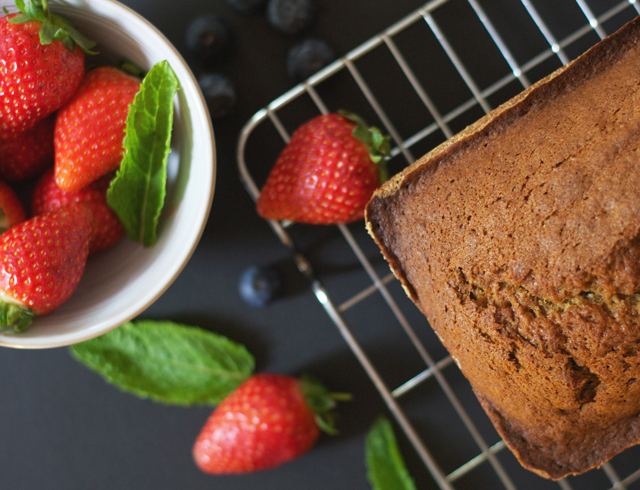 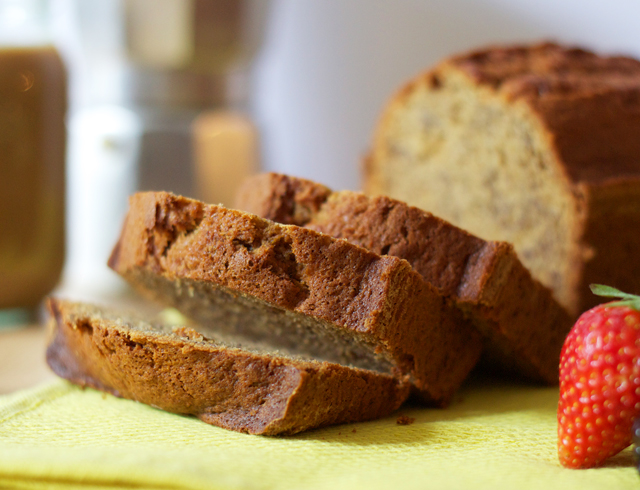 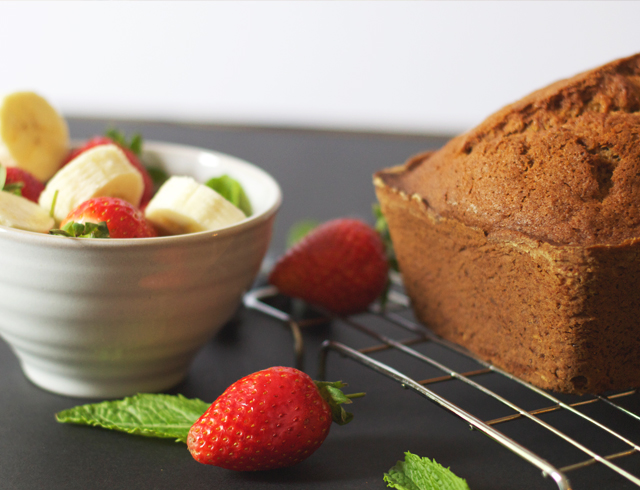 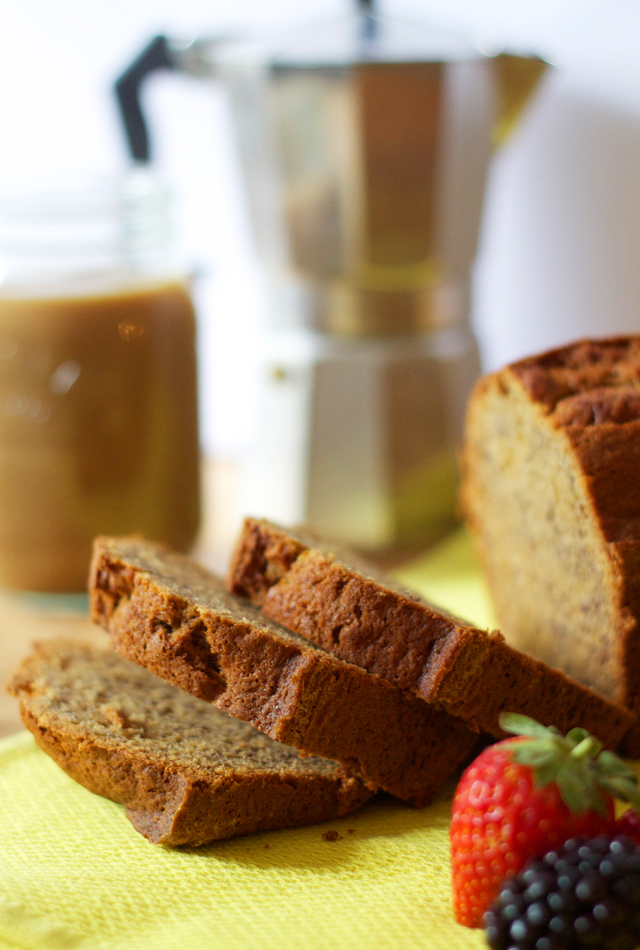 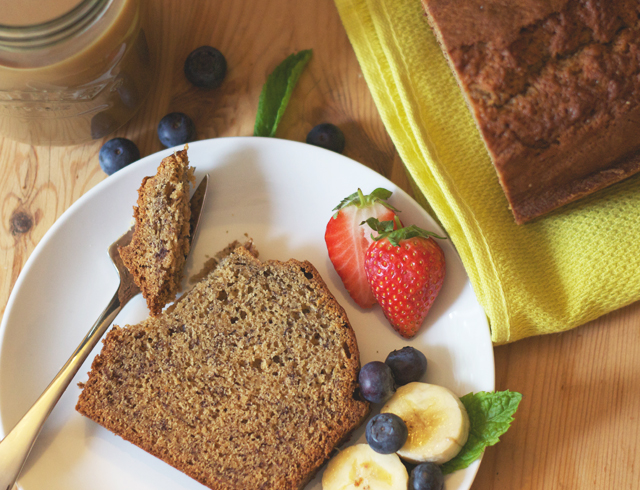 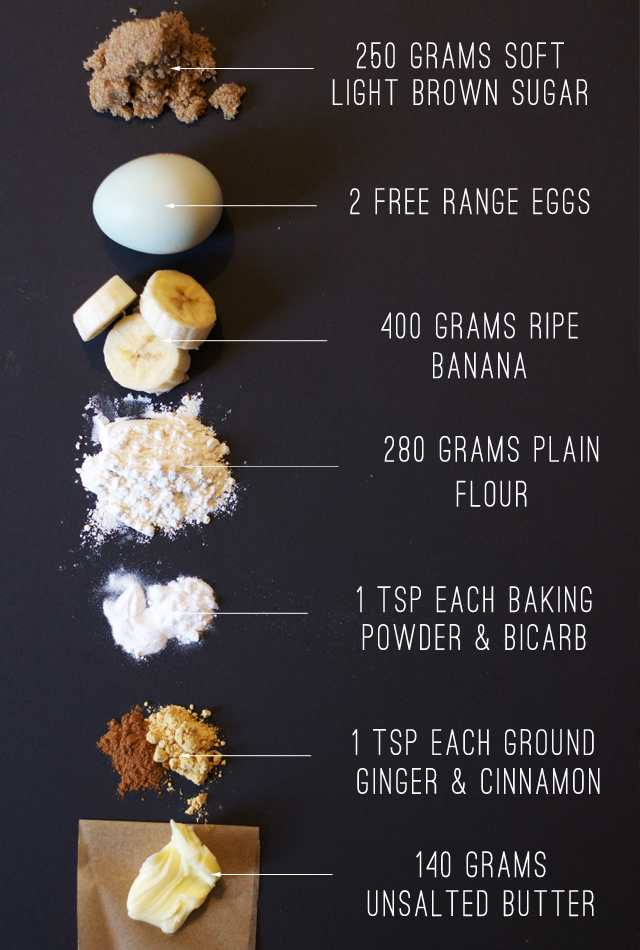 250g soft light brown sugar
2 eggs
400g ripe banana, mashed
280g plain flour
1tsp baking powder
1tsp bicarbonate of sofa
1tsp ground ginger
1tsp ground cinnamon
140g unsalted butter, melted
1. preheat the oven to 170 degrees celsius (325 fahrenheit) or gas mark 3. put the butter in a small pan, and leave over a low heat to melt.
2. mix together the sugar and eggs until well combined, and then beat in the mashed bananas.
3. add the flour, baking powder, bicarb, ginger, and cinnamon to the sugar and egg mixture. mix thoroughly until all the dry ingredients have been incorporated.
4. slowly pour in the melted butter, and mix until combined.
5. pour the mix into a buttered and floured loaf tin. because of the increased volume of the extra bananas, there will be more mixture than can fit in the loaf tin. just fill the tin up to about an inch or so from the top, then pour the excess mixture into cupcake cases or buttered ramekins to be cooked separately.
6. place the filled tin into the centre of the preheated oven,  cook for 1 hour. check for ‘doneness’ the usual way, by poking a toothpick/skewer/dry udon noodle (just me?) into the centre and making sure it comes out clean. 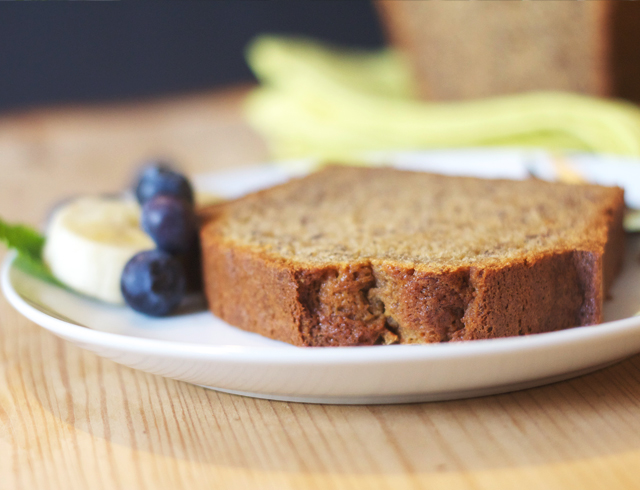 42 Comments
Posted in CAKE, FOOD, FROM MY HOME TO YOURS, RECIPE
Read from the beginning >