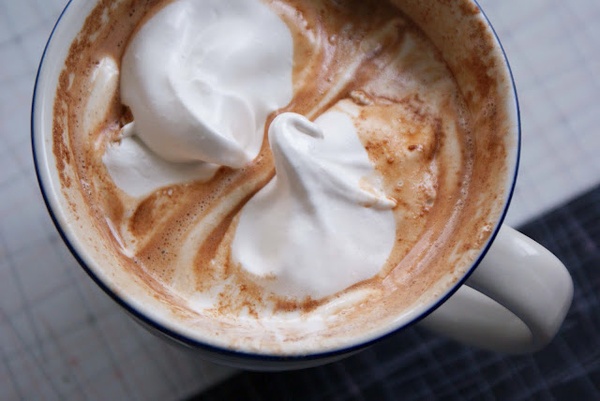 1. the postman catching jason dancing and singing his little heart out in the kitchen! oh, how we laughed ;)

2. knowing that lovely readers of cider with rosie having been using, and enjoying my recipes! it gives me such a buzz!

5. my beautiful cousin emily getting engaged to her boyfriend james! so, so elated for them both!

6. pink grapefruit high juice from waitrose. so tangy and refreshing! also, jason hates it so i don’t have to share ;)

7. burning candles when i’m home during the day. it turns ‘alone-time’ into ‘me-time’, you know?

8. the friendly tabby cat who comes running to our front door whenever i open it. she makes my heart ache for my tilly and alfie, but it’s nice to have a little cat on hand to fuss a couple of times a day.

9. having a clever designer for a boyfriend, on hand to design blog adverts for me at the drop of a hat! even if he does grumble a bit when i decide on fifty million colour alterations ;)

this week’s happy photo was found via pinterest, and is originally from honey and fitz :) every time i look at it my mouth waters! click through for the recipe for this mug of deliciousness…
♥
13 Comments
Posted in 10 THINGS, HAPPINESS 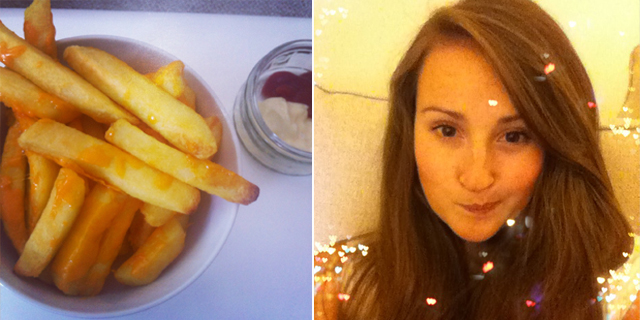 - yesterday was the best kind of unproductive day. it went like this…i slept until ten, and then did some general faffing about for a couple of hours. at midday it was time for an hour long bath, then a totally healthy and respectable weekday lunch of cheesy chips. delish. i finally settled down to do some university reading at around two pm. at about approximately five past two my phone rang, and it was grace, asking if i fancied going into town. hmmmm, i thought. go into town, or stay and read a 19th century novel?…guess which i chose? ;D
- gracie lou needed to get her nails done whilst we were in town, and so for the very first time in my life i stepped foot in a nail salon! i thought it was a kind of strange place. the nail technicians seemed nigh on annoyed to have a client because it meant they had to interrupt their conversation, the acrylic fumes were so strong i felt a lightheaded, and there was a woman eating an entire corn on the cob. in all, very, very odd.
- yesterday i decided it was about time that my hair got its bi-monthly condition and brush through! ;) i know this makes me sound slovenly to the point of disgusting, but since my hair is really long and super wavy, it actually looks better unbrushed and a bit on the dry side as the waves are more defined! i swear i’m not just lazy! ;)
- huge shopping success: i managed to find a pair of beautiful burgundy skinny jeans from h&m identical to the topshop ones in my winter wishlist, but for half the price of the topshop ones! hurrah!
-i’m kind of obsessed with the song ‘wings’ by little mix! i’m not usually too into music like this, but i literally can’t stop listening to it! and by ‘listening to it’, i totally mean dancing round the kitchen ;)
on wednesday i was listening to: wings (duh!;), watching: keith lemon’s celeb juice dvd, reading: one and a half pages of mill on the floss, oops, and looking forward to: day two of dossing with grace! tomorrow we’re having a harry potter marathon, and eating doughnuts. yay!
9 Comments
Posted in A SNAPSHOT 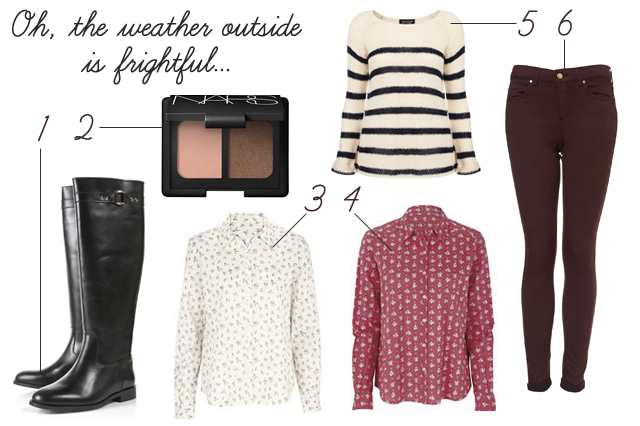 well actually, the weather isn’t frightful, and i couldn’t be more disappointed! where was this sunshine back in july, hey? i’ve decided that i’m just going to ignore this ridiculous unseasonal warmth, in the hope that sooner or later it’ll admit defeat, and give way to frostiness. i’m so looking forward to being able to wrap up in cosy layers over the next few months, and these lovely pieces are most definitely at the top of my wishlist :)
1- topshop prancer riding boots 2- nars key largo eyeshadow duo 3- cath kidston dotty daisy shirt
4- cath kidston red squirrel shirt 5- topshop knitted breton jumper 6- topshop leigh jeans in wine
10 Comments
Posted in AUTUMN, WINTER, WISHLIST 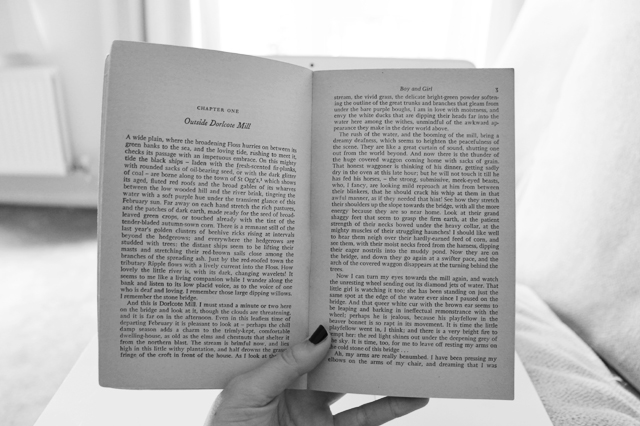 sometimes, it seems as though jason and i are in completely different time zones. he lives in the business world, where there are quarters and regular hours and where finances begin and end in april. i live in the higgledy piggledy student world- where the year begins in september, weeks consist of 10 measly contact hours scattered randomly from monday through to friday, and where stress and deadlines are non-existent for months at a time and then all collide in one horrible go. i’m sure that even when i’m seventy and haven’t stepped foot in school for years, i’ll still think of september as a time for new beginnings and buying a fancy new set of pens!
i always start each academic year with a set of goals i know deep down i won’t achieve- i’ll do all the reading for each class without fail, i’ll definitely get a first for all of my assignments, of course i’ll spend hours in the library doing wider reading and under no circumstances will i ever miss a single class. this inevitably leads to me burning out after the first six weeks, deciding i hate every single book ever written and crying to jason that i don’t want to do university any more! but i’m determined that this year will be different, and that my goals will be realistic and based upon what i actually want to achieve, not what i think i should achieve.
so my one single goal for this academic year is this: to find the perfect balance between working hard on my degree, maintaining a happy home, keeping up my little blog, and spending time with my lovely man, and to never ever allow stress to get in the way of being happy.
for those of you entering pastures new this september- what’s your goal for this year? :)
♥