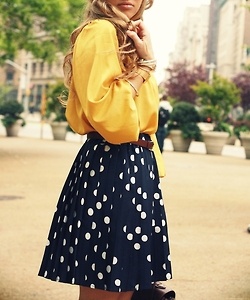 i’d just like to take a minute to declare undying love for pinterest. where else can you find images of elegant fashionistas and exquisite jewellery right alongside a picture of a kitten hugging its mama, and a tutorial for making cake in a mason jar? i think it’s just marvellous!
i’ve been using pinterest lots recently to gather together inspiration for my autumn winter wardrobe, and just stumbled across this beautiful outfit! :) it looks a little lightweight for cold wintery english weather, but i love the combination of navy and yellow gold and am definitely going to try to work these lovely colours into my new season wardrobe.
♥
p.s. you can find my winter style inspiration board here, if you’d like to take a little look :)
4 Comments
Posted in AUTUMN, INSPIRATION, PINTEREST, WINTER 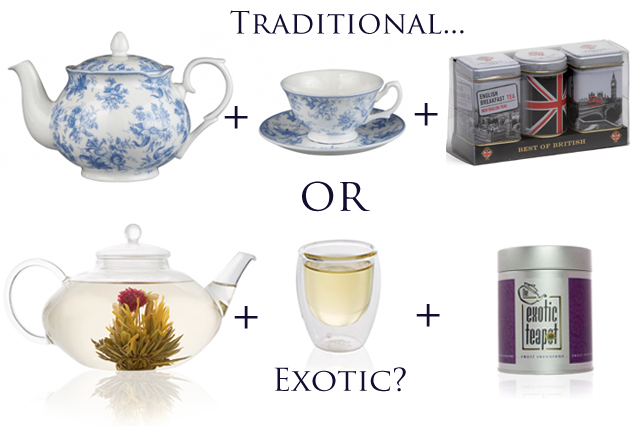 it’s no secret that i am a great lover of tea (what english girl isn’t?) and i’ve always been a die-hard fan of traditional tea served with milk and sugar. i don’t think anything can beat a cup of tea made exactly to your taste. jason (a coffee drinker) complains endlessly about how fussy i am, but don’t all tea lovers have their own mini tea-making ritual and can tell in a heartbeat if a cup’s just not quite right? ;)
recently i’ve been considering branching out from my beloved traditional english tea and trying some more exotic and unusual varieties. isn’t the glassware above just so stunning? i think drinking tea from a beautiful pot and cup like these would just feel so elegant and special.
tell me, are you a tea drinker? do you prefer traditional english ‘cup and saucer’ tea, or more
aromatic exotic varieties? if anyone has any recommendations for wonderful unusual teas to try, please do send them my way!
♥
links to the lovely tea paraphernalia (clockwise from top left):
whittard blue chintz chatsford filter teapot,
whittard blue chintz teacup and saucer,
whittard best of british tea tin gift set
unique teapot apple maple walnut infusion
unique teapot double moon cup
unique teapot prestige teapot
21 Comments
Posted in Uncategorized 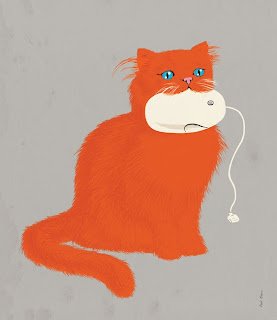 1. having my all-time favourite soup for supper on wednesday- broccoli and stilton :) it’s the absolute best!

2. jason treating me to a bottle of models own nude beige nail varnish :)

3. handing in my resignation at work, eek! i’ve always planned to finish work before i get well and truly bogged down in my final year of university, but it still feels like a scary and exciting step!

4. playing silly games with jason, like the ‘guess which celebrity’s name you’ve got written on a post-it on your forehead’ game. i always end up laughing until i can’t breathe!

5. deciding that my ‘new season’ resolution for autumn/winter is to come up with new alternative ways to wear the clothes i already own, by layering them in unusual ways.

6. whipping jason up a lovely nourishing homemade supper when he comes home exhausted from work makes me really really happy :)

8. being super productive and ticking things off my holiday prep to-do list.

9. listening to the rain pouring and the wind howling outside, whilst sitting cosy on my bed with a cup of tea. it’s my happy place!

10. stepping into my fourth year of being with jason has made me happiest of all :)

what’s made you happy this week?
♥
12 Comments
Posted in HAPPINESS 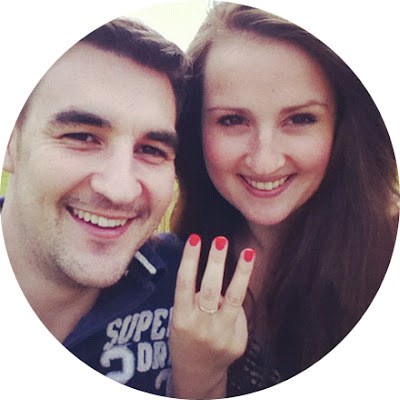 today, jason and i have been together for three happy years. we made august 17th our official anniversary because it was the day, way back in 2009, that we had our first proper dinner date, our first kiss, and it was the first time that i realised i was falling head over heels for this handsome fellow ;) i’ve never been as happy in all my life as i am with jason, and i’m pretty proud of the strong relationship that we’ve built between us since that first date. here are some silly things i’ve learnt about the man i’m lucky enough to call my boyfriend over the past three years…

♡  jason is always right. not in an irritating ‘i’m always right and i won’t hear otherwise’ kind of way, but in those silly discussions about what time eastenders is on, do i turn left or right at the next junction, how long did it say to cook this pizza for or guess what time it is- he is always.right! it’s as impressive as it is irritating ;)
♡  he had me convinced for the first year or so of our relationship that he could tell the time just by looking at the position of the sun in the sky!
♡ he never, ever calls anything by its correct name. for example: ‘xbox’ is ‘sexbox’, my ‘kindle’ is a ‘kinkle’, ‘laptop’ is ‘flaptop’ and he called someone we know ‘gok wan’ for so long in private that i forgot their actual name. which was awkward, as i forgot said person’s actual name whilst standing in front of them…
♡ on that note, jason’s also given me so many different nicknames over the past three years that if he actually refers to me as ‘rosie’ now it sounds a bit odd. these nicknames have included: rosemary, rosemary and thyme, christmas time (yep. i know), rosebee, rosebeeroohaha (i’m actually being serious, he called me this for a good couple of months), bee button, beehive, and (i actually put my foot down on this one) ‘bee-hind’. the only nickname he’s given me that’s stuck is ‘bee’! he’s called me that for months now, and i love it so much that it’s become part of my url!
♡ jason’s a super restless sleeper and is both a nighttime talker and walker! he once sat bolt upright in bed to tell me (whilst still sleeping) that he’d just become the youngest ever winner of the tv quiz show ’8 out of 10 cats’! he also regularly half wakes at exactly 2.34 in the morning totally convinced that it’s time to get ready for work, and sometimes is actually in the shower before he realises the time! pretty strange, hey? ;)

happy three years, my wonderful, quirky, handsome, hilarious man. i wonder what the next year will bring us? :)